Each book will deal with a different urban legend. For now, it is only available on Amazon, both for sale and on Kindle Unlimited.

1.Legend of the Black Dog

Cade is fine on his own. Really, he is.

Except his PI business has taken over his life since his boss died, and he’s alone. So very much alone.

So he hires a PI.

Fin, who wants to hire him to investigate the black dog that is killing pets in the neighborhood in which his mother lives. Fin, who makes Cade’s heart beat faster even though he’d thought it was dead. Fin, who thinks the black dog is a demon.

Legend of the Black Dog is book one in the Urban Legends series. It has a rampaging hellhound, a bubbly PA, a PI who needs everyone to leave him alone, and a man who plans to bring him to his knees—eventually. 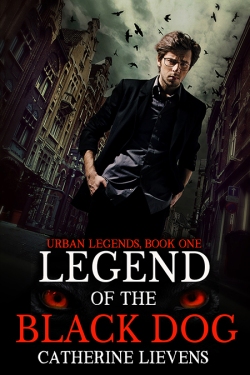 2.Legend of the Vanishing Hitchhikers

After finding out that hellhounds were real, Cade is sticking to normal cases. He’s more than happy to look for Sarah, a girl who suddenly disappeared, because there are no hellhounds involved.

But there’s one problem. Cade can’t find Sarah, and he might have to admit that he got involved in yet another supernatural case. He hates it, but even that is easier to deal with than admitting he’s in love with Fin.

Legend of the Vanishing Hitchhikers is a book two in the Urban Legends series. It has vanishing hitchhiker ghosts, a man trying to ignore his feelings, and a man who won’t let that happen. 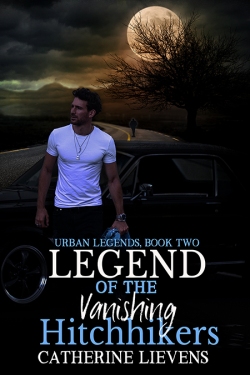 3.Legend of the Bunny Man

The Bunny Man is on the hunt.

Cade doesn’t like ghosts. He doesn’t like anything that has to do with the supernatural. Yet for whatever reason, he always seems to get involved in weird cases.

The Bunny Man case isn’t any different. Cade doesn’t want to accept it, but when he’s the only one in the agency who feels that way, does he have a choice? His chosen family comes first, even before his own feelings. He can’t let them work on this case alone, not when they could end up like the Bunny Man’s victims—hanging from a bridge.

Legend of the Bunny Man is book three in the Urban Legends series and has a murderous ghost serial killer dressed in a rabbit costume, a police detective who is going to have to start believing in ghosts, and a PI who needs to stop being stubborn about his feelings. 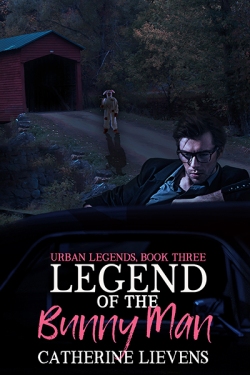 4.Legend of the Black-eyed Children

Cade thought he’d seen everything after the Bunny Man. Then he encounters black-eyed children.

Cade wants Fin to officially move in with him. The problem is that he can’t ask. It’s not because he doesn’t want to, but rather, because he’s terrified.

It’s easier to allow himself to be distracted by a series of disappearances, especially when Charlie, his personal assistant and a member of their weird family, is involved.

Then Charlie disappears. Cade and his friends don’t know where they are, but they have to find them before it’s too late.

Because the Black-eyed children have them, and that’s a death sentence.

Legend of the Black-eyed Children is book four in the Urban Legends series with an established relationship, demon-possessed children, a grumpy PI, his found family, and a cuddly hellhound. 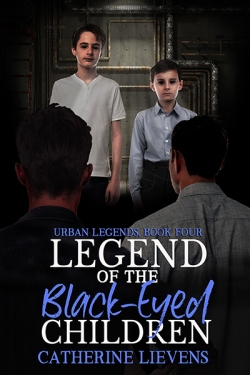