0,50.A Fangy Christmas Miracle (Christmas short, it’s not necessary to read it to follow the rest of the series)

Christmas miracles do happen, even to grumpy vampires.

Christmas means two things for Percy—a sad turkey meal he can’t eat since he’s a vampire, and even sadder memories. He didn’t expect this year to be any different, but he hadn’t counted on meeting Roan.

Roan comes from a big, happy family, and he hates the thought of anyone spending Christmas alone. When he bumps into Percy at the grocery store, it’s obvious from the contents of Percy’s basket that it’s exactly what he’s going to do, and when Percy loses his wallet, Roan sees it as an opportunity to change that.

Percy is surprised when Roan knocks on his door on Christmas day, and even more surprised when he realizes why Roan is there. Will he be able to open his heart again? Or will the memories of his past cling to him and make him pass up this new chance at happiness?

Sometimes becoming a vampire is a choice. Sometimes…it’s unavoidable.

When Misha asked to meet his best friend Roan’s new boyfriend, the last thing he expected was for said boyfriend to confess he’s a vampire. Who would blame Misha for not believing him? But he can’t deny the truth when he’s faced with facts, no matter how much he wishes he could.

Henri has spent the past ten years chained to a wall in a dungeon. He’s managed to escape, and now he’s running from his boyfriend turned captor before Vlad can get his hands on him again. When his best friend—and the vampire who turned him fangy—stashes him at the house of his new boyfriend’s best friend, the last thing Henri expects is to fall for the guy.

But Vlad is still out there, and Henri knows that sooner or later, he’s going to try to get to him, and that he’ll probably hurt his friends in the process. Will Misha and Henri be able to work around the unavoidable fact that Henri is a vampire? And even if they do, what’s going to happen when Vlad manages to find Henri?

What happens when fangs meet fur?

James is on the run, and as if that isn’t enough of a problem, he needs to find a safe place to shift. He’s a new werewolf, and he’s still not fully in control of his wolf, especially during the full moon. He’s never hurt anyone, and he’s not about to start, but that means chaining himself to a wall, or in this case, to an old sink. And that means leaving himself vulnerable for the night.

Fyfe hates being responsible for the coven, but he doesn’t have a choice. He likes escaping in the last hours of the night, when the rest of the city is asleep.

Only, it’s not asleep tonight.

When Fyfe stumbles onto a man beating up a werewolf, he intervenes. The wolf is chained to the wall and vulnerable, and if there’s one thing Fyfe doesn’t like, it’s people taking advantage of the weak. He kills the assailant and helps the wolf as he shifts back to human. The fact that he takes in the wolf has nothing to do with how cute he thinks James is, of course.

But James is still on the run, and now, Fyfe has someone to protect. Fyfe isn’t easily convinced, though, even when James tells him the conclave is after him. The conclave isn’t going to stop, and they both know it. Is James going to have to keep on running from the conclave, or will he and Fyfe find a way to prove him innocent? 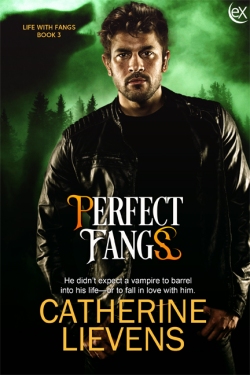 Oscar didn’t expect a vampire to barrel into his life—or to fall in love with him.

Oscar hates his life, but he’s too frightened to do anything about it. The last time he did the right thing—when he freed James, the bitten werewolf accused of killing the pack’s alpha—his father whipped him, and he’s still recovering from that. He knows he won’t be able to go through that again, but when one of the conclave enforcers comes back to ask a few more questions after they arrest James, he knows he can’t keep the truth to himself, no matter how fearful he is of the consequences.

Ignatius wasn’t sure his friend Fyfe was right when he called and asked him to make sure James really was guilty of murder, but now that he’s been back with the pack interrogating witnesses again, he knows something is wrong. He gets the proof he needs when Oscar, the new alpha’s son, tells him his father is behind everything. Ignatius is alone, though, so there’s not much he can do. Alpha Becket won’t let Oscar go, but Ignatius won’t leave him behind.

He’ll never forgive himself if he does, conclave rules be damned. 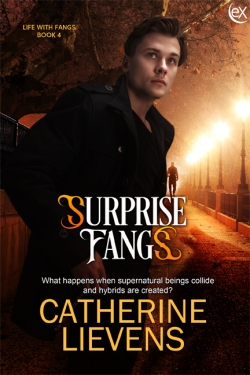 What happens when supernatural beings collide and hybrids are created?

Falkner is a dhampir, a human-vampire hybrid. They’re rare and not well accepted by the supernatural world in general, which is why he’s never told anyone, not even his best friend with benefits, Andrew. That plus knowing he’ll eventually lose him when Andrew falls in love pushed Falkner to try to put some distance between them.

Andrew knows something is going on with Falkner. He’s been in love with him for years, but he’s never had the guts to tell him, not even now that they’ve crossed the line from being only friends to being more. He’s terrified he’ll lose Falkner and their friendship, and those two things are the most important in his life.

The only reason Richie agreed to move in with the coven is that he wants to help James learn control over his shift and his wolf. He never expected to start falling in love with two vampires, especially since Falkner and Andrew are already an item—kind of.

Richie’s presence pushes Falkner and Andrew to finally talk, but he’s not the only new one in town. A group of dhampirs has moved in, and even though Falkner wants to believe the best of them, Andrew and Richie suspect there is more to the group than what they allow Falkner to see. 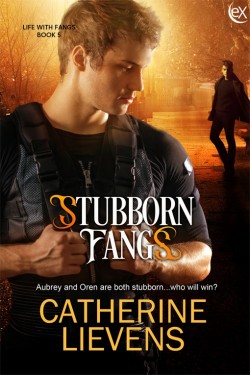 Aubrey and Oren are both stubborn…who will prevail?

Aubrey is a lot of things—clumsy, an enforcer for his coven, a babysitter when needed. He’s also stubborn, which is a good thing when it comes to Oren, the guy he has his eyes on.

Oren isn’t blind. He can see how gorgeous Aubrey is, and more importantly, that he’s a man Oren could easily fall for. He can’t afford it, though. He’s a conclave enforcer, and he’s in charge of finding the dhampirs who are killing the vampires in town one by one. He doesn’t have time to waste, even if it’s with Aubrey.

Aubrey knows all of that, but he doesn’t care. Oren won’t catch the bad guys by working twenty-four seven. He and Oren have different opinions, and they clash together only for Oren to push Aubrey away again.

The dhampirs are still on a killing spree, though, and Oren is terrified something will happen to Aubrey. He’s already lost one person to the dhampirs.

He won’t lose a second one. 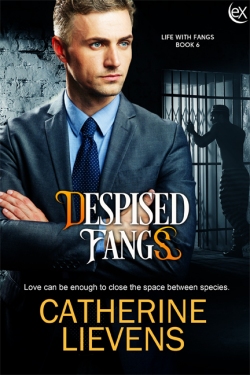 Love can be enough to close the space between species.

Darren is a dhampir, and like all dhampirs, he hates vampires. He hates them even more since they captured him and are holding him prisoner, or at least, that’s what he tries to convince himself.

Caley is a medical examiner for the conclave, and since the dhampirs arrived in town, he’s been overworked. That hasn’t stopped him from being fascinated by Darren, even though being interested in a vampire hunter is the worst thing that could happen to a vampire—especially when he’s tasked with keeping an eye on the hunter.

Darren wants out of his cell. The conclave wants more information from him. By letting him stay with Caley, everyone gets what they want.

Until Caley and Darren fall in love.

Darren has been raised to hate vampires, but he can’t anymore. His father still leads the dhampirs, though, and they’re tearing through the city. Darren can help stop him, but is he ready to sacrifice himself and what he found with Caley to do that?

When fangs meet fur, the line between enemies and lovers blurs.

Robin works for the conclave, and it’s not always easy, especially when the job involves fighting griffins. Just his luck that he’s wounded by one—and that he’s found unconscious by a werewolf.

Werewolves and vampires don’t get along. Kieran was raised to think that, but when he finds a bleeding vampire in the forest, he can’t abandon him, even though his alpha father will blow up when he finds out.

When Robin wakes up, he doesn’t know what to think of Kieran, but the man is correct that Robin is in bad shape and nowhere near able to walk on his own. It means hiding out in Kieran’s house with Kieran and his cats, and while Robin is initially wary, he can’t deny Kieran is a good person, werewolf or not.

But Robin has a job to go back to, and Kieran is supposed to take his father’s place as their pack’s alpha one day. Werewolves and vampires only mix to kill each other, so Robin and Kieran can’t possibly work as a couple—or can they?

A vampire’s fangs aren’t the only deadly fangs.

Baxter is on vacation, or at least, he’s supposed to be. Finding dead supernatural creatures put a wrench in that, but as soon as he finds out what’s going on, he’ll take time off.

Sloan never wanted the responsibilities of being the pack beta, but he can’t say no when his brother asks. Now, he’s in charge of the pack and on keeping it safe, which is a problem since dead vampires have started popping up close to their territory.

Someone is trying to start a war between wolves and vampires, and they might just manage. Even if they don’t, vampires and wolves are dropping like flies, killed by a new drug no one knows anything about. The danger the pack is facing is new, and more dangerous than anything they’ve ever had to deal with.

Sloan and Baxter have each other, but will they be enough to save the pack?