Deadly Fangs is out today! It’s book 8 in the Life with Fangs series and introduces new players–out with the dhampyrs, in with the dragons! You can grab the book today here on the eXtasy Books website. Release day on other online retailers is February 4.

A vampire’s fangs aren’t the only deadly fangs.

Baxter is on vacation, or at least, he’s supposed to be. Finding dead supernatural creatures put a wrench in that, but as soon as he finds out what’s going on, he’ll take time off.

Sloan never wanted the responsibilities of being the pack beta, but he can’t say no when his brother asks. Now, he’s in charge of the pack and on keeping it safe, which is a problem since dead vampires have started popping up close to their territory.

Someone is trying to start a war between wolves and vampires, and they might just manage. Even if they don’t, vampires and wolves are dropping like flies, killed by a new drug no one knows anything about. The danger the pack is facing is new, and more dangerous than anything they’ve ever had to deal with.

Sloan and Baxter have each other, but will they be enough to save the pack?

A Psychic of a Problem is out today! You can grab it on the eXtasy Books website here and find out what happened to Marcel and whether or not he’s dead 😉

Release day for other online retailers will be Friday 21.

Sometimes death isn’t the end but a beginning.

Marcel is a spirit. Apparently, that doesn’t mean he’s dead, which he’s more than a little grateful for. He’s still stuck in a ghost form, though, and he has no idea what happened or how to fix it.

Will never knew he was a psychic, but it looks like he’s been seeing dead people without realizing it. Now, he does, and he’s going to use everything he can to help save Marcel, his best friend’s brother.

But no one knows what happened to Marcel or where he is. Even when they realize someone cast Marcel out of his body to steal his life energy, it doesn’t put them closer to finding him.

They have limited time before Marcel’s life energy is gone and he dies—for real this time. 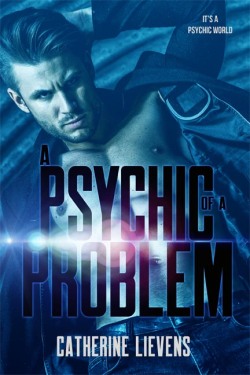