Kanan is out today, and it’s the last book in the Gillham Pack Series. It’s always sad to finish a series, but I have good news for the readers! I’m still writing the Council Enforcers Series (the next book will be out September 8) and I’m currently writing the first book in a new series set in the Whitedell and Gillham universe. It’s set twelve years in the future, and the kids are all grown up and ready for their own books 🙂

In the meantime, enjoy Kanan!

Sometimes you have to hit rock-bottom to rise again.

Since he was rescued from the lab he’d been locked into, Kanan hasn’t been living—he’s been surviving. He can’t trust anyone, not completely, and it’s easier to hide away in his room, away from life.

Titus lost everything—his father, his tribe, his best friend. He knows Jarah and Neriah did the right thing, taking the tribe away from him, but it doesn’t make accepting that easier. Yet when Jarah asks him for help, he decides he’ll do what he has to do to keep his best friend and the pack where some of his old tribe members live safe, even if that includes killing the Los Angeles pack’s alpha.

Kanan never expected to meet his mate, not when he spends so much of his time in his room. But when he meets Titus in the woods, he knows he can’t hide away from their bond—and he doesn’t want to. Will he manage to get through the anger Titus has shrouded himself in? And will Titus find a way to break the thick walls Kanan built around his heart? 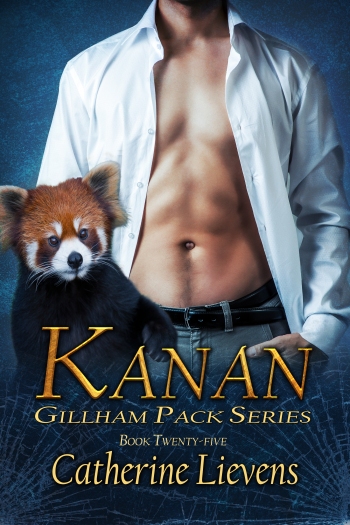 Book 8 in the Council Enforcers Series.

Second chances can happen when we least expect them to.

Jordan loves his brother Freddy, but he hates that Freddy has fallen into a life of crime to make sure Jordan didn’t. He especially hates it when Freddy’s competitors try to get to Freddy through him, because unlike Freddy, he never learned more than the basics to fight and defend himself. So when he’s attacked, he shifts into his flamingo form and flies away, ending up wounded in the bushes behind a house.

Angelo left Italy and the mate who rejected him decades ago. He’s built himself a new life in Gillham, but he can’t help regretting he doesn’t have a man by his side. When a flamingo crashes into his bushes, he’s astounded to find out the bird the man shifts into is his mate, because it shouldn’t be possible. Angelo’s mate is in Italy, happily married. Right?

Jordan and Angelo hit it off from the start, but Freddy is in danger. The men after him won’t stop trying to get to him, even though he now has the council’s protection. Will Angelo manage to keep both Jordan and Freddy safe, or will he lose his mate for the second time?