Sometimes you have to admit you were wrong to get the happiness that’s right in front of you.

Damien is an enforcer, and he loves his job. He loves helping people who don’t have anyone else on their side, and he loves his team like a family. There’s something missing in his life, though, and he knows what it is. A lot of his friends are finding their mates, yet he’s still single.

Jake is back in Gillham, hoping to talk some sense into his father. Jake still thinks Sei is too young to be mated with an eighty-six-year-old bear shifter, but his dad doesn’t listen, no matter how many times Jake tries to tell him that.

When Damien and Jake meet, Damien’s age is a problem for Jake from the very beginning. There are only twenty years between them, which isn’t a lot for shifters, but Jake can’t see beyond it and beyond how fragile Damien looks. So he leaves.

Damien accepts a job as a bodyguard in the hope he’ll start forgetting Jake. They’re in the same city, though, and when Jake tentatively reaches out to him, Damien will have to choose whether he wants to give his mate a second chance or not. To complicate things, someone is after Hudson, the man Damien is protecting and who also is a friend of Jake’s family.

Will Damien give Jake another chance? Or will something happen to separate them before they can get over their problems? 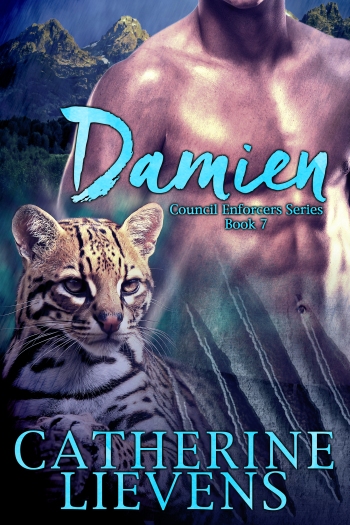 When life throws you a curve ball, you have to deal with it as well as you can.

When Rabbit arrived in Gillham, he was only trying to get away from his ex-boyfriend. He never expected to find a pack, a family, but he feels at home in Gillham. Finding his mate makes that feeling even stronger, at least until he realizes Elton isn’t only his mate, but also Samuel’s.

Elton’s in Gillham to visit his brother when he ends up in the middle of a spat for him. He might not know a lot about shifters and mates, but he does know that one human guy having two shifter mates isn’t normal.

Samuel is ready to fight for Elton, and really, it shouldn’t take much with how tiny Rabbit is. But Rabbit reveals himself to be stronger and more stubborn than Samuel had thought, and when Elton gives them an ultimatum, they have to learn to work together—or be without their mate.

They know a three-way mating is possible, but it doesn’t make it easy. Rabbit, Elton, and Samuel all have their own insecurities and problems. Will they manage to work around them and be happy together, or will the stress of having to share a mate make their relationship implode?